Composition? Are we musicians?

Being a non-native English speaker, I regularly look up words online. Google, Wikipedia and many others are awesome at giving you apparently answers on any question you can think of. And even some questions you would not think of. Like these below: 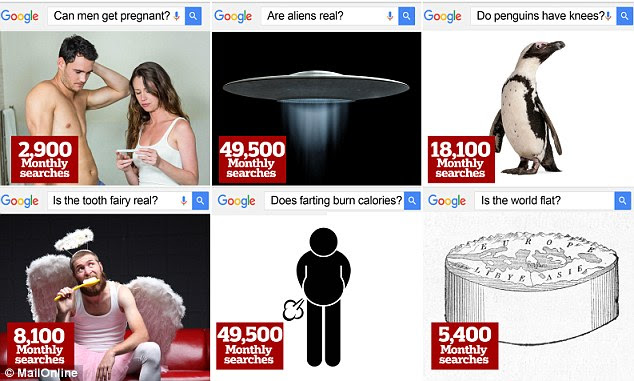 Which I found, using Google, on a site of the Daily Mail.

That aside, let's go back to composition. A word I also checked, before writing this post. In this case I arrived at Oxford Dictionary. If you did not click the link, the first definition says it is "The nature of something's ingredients or constituents; the way in which a whole or mixture is made up."
A photo is made up of light. Until we print it, then it's made up of paper (or whatever material we printed on) and ink.
The second definition makes things more interesting: "A creative work, especially a poem or piece of music." So yes, we are like musicians when we make photos. In case you think we're all like the ancient master composers Mozart, Bach, Viveldi and so: no, we're not. Some of us are like a six year old child playing Twinkle, twinkle, little star on a xylophone. Let me show you my skills: https://www.youtube.com/watch?v=8EFZq9lcM2U.

To be fair: I say both of the definitions are correct. Indeed a photo is composed of light, and light is one of the most important aspects of composition. There are many photos which are all about shadows and highlights. A photo is also composed of the elements visible on it. And there comes the music composer part. Because we can choose what should be on the photo and what we leave out. We can choose the angle from which we take that photo, the time of the day to have more or less light. So, yes, we are musicians. With a camera, instead of a musical instrument.

Show me the easy thing

There are many articles and books written about composition, there are plenty of rules to follow. But if you want the most simple one, it has to be this: fill the frame.
Take many photos from people going on vacation, shooting their family and friends on every location. And I guess many will look a bit like this one, that a friend of me took on a wedding. A bit distant, the subject in the middle of the frame. Lots of things around the subject. 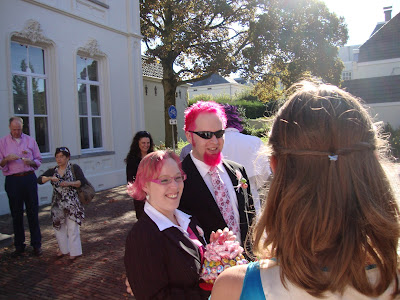 I like the people on the photo, after all I was on their wedding (nope, not on that photo), but that only makes the photo worth something to me, it does not make it a good photo. I don't like to say it, but this is actually not a good photo. There is a lot of stuff on it that adds nothing, except distraction from the important part: the happy couple - and the back of the head of the girl blowing bubbles at them, which you don't see.
All that stuff above them and on the left of the photo could easily have been left out and the photo would still contain all relevant information. Here comes the easy thing then: if you fill the whole picture with just your subject, you do not have to think much about how the composition of the whole photo needs to be.

Then check the photo of the lion. There is simply nothing, except the lions head on the photo. This photo uses one of those "rules of composition": fill the frame. By zooming in until there was nothing else visible, I did not have to bother with further composition anymore. I did not have to think about whether something would make a photo better, or whether it would be a distraction.

There was no need for leading lines towards the subject. No need to make sure the subject was lighter and therefore attracted more attention. I will not say this photo is the best ever and it will probably never win any awards of awesomeness. But it does have a better composition than the first one, even if it is probably less "exciting".

If you make all your photos with the frame filled by the subject, you will have often a bit boring collection, though. Photos also can tell stories or bring over emotions. For such things, you will usually need context.
Compare again the two photos. The top one shows multiple people, it shows the candy bouquet of the bride. You might not guess it was a wedding, but you probably would conclude this is a festive happening. On the other hand, the second photo shows a sleeping lion. Where, how? No clue, the photo does not tell it. I can assure you the lion was very alive as I took this photo, but just from the photo, one might think it's a photo of a dead lion. Keep that in mind when you fill the frame with one subject, it generally excludes context.
I hear you mumbling: "Yeah, dude, so that is not even always useful, where was this great super easy composition tip?"
Hey, I did show you an easy way of composing, I did not say it is perfect, did I? We need to be fair, there are many books and articles written about composition, just because it is not that easy. Especially not as so many of these articles tell you that if you understand and mastered the part they talk about: "Now go and break the rule, so you get the more creative photo." And they all also tell you that it's good to follow the rules, but it is equally important to know when to break them. Helpful, isn't it?


Why is this crap in my shot?

There are pretty good explanations about why we have many things on our photos that we do not want to have there. And worse: we did not even notice them as we took the shot. As I am no psychologist, I won't go into the gory details, as that would be way over my head. But the reasoning about this is luckily easy to understand for a simple guy like me.
Think about walking on the plains. You look around you and can see far and wide. You notice everything, the trees on the left. The foliage in the distance on the right. The hill slightly behind that foliage. And there, near you, at the front are the beautiful purple flowers. You also see the four birds flying behind each other in the sky. We humans are awesome as we could see that in one glance, right? Unfortunately, not totally. Subconsciously we have changed where we looked, changed our focus. We saw multiple details and our brain is putting all that together to give you that image of the plains with everything on it. Were you sure there were four birds? You don't even think about moving your eyes, but they quickly go up and you focus on the birds in the sky. At that point you don't really see all the other things, even if you think to still "see" them.
The important part here is that we actually moved our eyes and focused on the birds as we thought about those, thereby excluding all other visuals for that moment. We do the same when taking photos. We see our subject and focus on it. Excluding all that goes on around the subject. Until we later examine the photo and see those nasty tree branches coming in from the side. 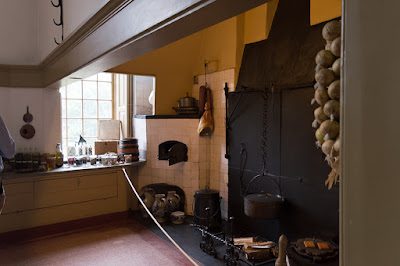 How do you keep that stuff out of your photo? By looking. In this case do not just look at the subject, but look at the sides of the frame through your viewfinder, or on the screen of the camera. Shift your attention to those sides and you can notice these branches. I'll be honest and tell you it's easily written, not as easily mastered. I am well aware of this principle and every time I tell myself I will pay better attention. Still I usually end up cropping photos or remove things with Photoshop, as I simply did not pay enough attention. You can see an example (unedited RAW, so not very pretty) above. I wanted to make a photo of that old kitchen. I thought it might be nice with that window and the kitchen sink on it too. So, I made sure I took the shot at an angle I thought would be well. Now look at the side of the frame. Do you think I noticed that arm as I took the photo? Of course not. I was busy looking at the kitchen stove. At home, looking through my photos I noticed that annoying arm almost immediately, though. Cropping this out is not hard to do, but paying attention would have made me put a step forward and that arm would be gone.
Now the good news: the experienced photographers claim that if you keep trying it will at a certain point become an automatism. I guess I so far have not tried enough. :)

Okay, we're almost done. The good part is: you have managed to come to the end of another post and still can live to tell it! The less good part is: we have not really gotten far with our magic word, so I promise I will come back to composition. There is still a lot to say about that and fill the frame is definitely not the only tool of composition. Even if I am pretty sure it is the easiest one.
Posted by Andre Speelmans at 9:51 AM