What is this composition talk? 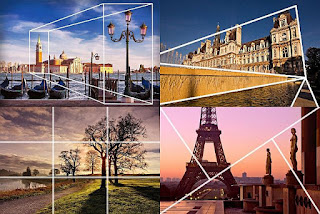 Every site you go to talk about photography has talks about camera's, lenses and other equipment and about composition. Luckily there is nothing magic about what composition entails. A bot of a repetition from my previous post: It is - as the word already says - how you compose your photo. The first thing that pops in my mind when I think about composing, is music. And according to Wikipedia a musical composition refers to the structure of a musical piece or the process of creating a musical piece.
Wikipedia would not be complete if it would not include an article about composition for visual arts. Whether you call photography a visual art, or whether you would qualify your own pictures as art, I leave up to you. To be honest, I personally cannot look at my own photos and think of them as art.

Anyway, the article for visual arts says: In the visual arts, composition is the placement or arrangement of visual elements or 'ingredients' in a work of art, as distinct from the subject. It can also be thought of as the organization of the elements of art according to the principles of art.
Just like the part of music it is talking about structure, here defined as arrangement.
And this is where those rules come in, as it has been shown that certain arrangements are generally registered as more pleasing. And that makes your photo more pleasing, also known as "better".


Show me the rules! 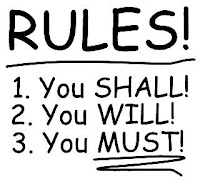 Stop, stop. Not so fast. There are some things you need to know before looking at the rules. The most important is, these are not rules in the sense of law. You have no obligation to follow any of them. And even when breaking all the rules, you can still make some awesome photo's. So, these are guidelines. According to all I saw and read so far, most courses tell you that it is a good advice to follow them, until you know enough to also know when to break them.
If you want to know: I have not reached that point of knowledge. At least to my knowledge, the problem I still have is that I make mostly snapshots: I see something, I click. I don't do that always, but often. Nor do I actually go re-arrange things to set it up better. I do switch viewpoint, or try to at least follow the famous rule of thirds. But I should really think a bit more before pressing the shutter button.

The other point is: there is as far as I know not a single list "rules of composition". There are some that seem to pop up everywhere, but there are also some that are less frequently talked about. I saw a course a bit ago from Rick Sammon and he sums up twenty of them. That is a lot to do in just one blog post, so I think I will split that up and handle them in later posts. I also hope Rick won't mind me using them, and if you really want to learn about them with the great examples, you will need to see his course.

I think most sites will agree on the list below and refer to them as common, these are also the five that Scott Kelby mentions in a video I saw:
I did an earlier post on composition which showed an example about that third point: fill the frame. It is indeed an easy rule, and I doubt I will spend much more time on it. However, I can add that the example of the "wrong" image that I gave, seems less wrong than I said. You could have a quick look and see the photo. There is indeed a lot of redundant stuff there, but if I look back, I think: of the photo would have included a bit more on the left, to show the building the couple came out of, a few more people blowing bubbles, it would bring more over what was going on here. So filling the frame with your subject is not always want you want to do.

I will in following posts use this list to go on a bit about composition, because composition is really that important. If you want to make good photos, it is an unavoidable topic. My previous post was already inspired by Rick, as it was about his #1 point: value viewpoint.

I have a blog, so I must be important enough to make rules, right? Perhaps not, and it is not strictly about composition. But I do think that when you can, this is surely one you might want to follow:
Take your time and try different things!
If you find a subject that looks interesting, and you have the time: look at it. Preferably from different viewpoints. And look how your subject lines up with the surroundings, what is the background? How does it stand out? Would it be better suited with filling the frame, or will the surroundings add to the story? It's not a thing of necessarily going over a checklist, but most of all just taking your time and trying to find out what might work best. Of course, given this is the age of digital camera's: nothing prohibits you from taking photo's while doing this.
Posted by Andre Speelmans at 10:44 AM